The Ultimate Beard Box was designed to meet your every beard need.  This sturdy custom designed box is made of pine and has removable custom cut foam inserts to prevent the products from rattling and breaking. The box has solid brass hinges and a leather stay to keep the box propped open when in use. It has a pewter closure with an elastic cord to keep the box closed. The Urban Beard logo inscribed on the lid is your seal of approval when it comes to beard care. You know you will always look your best with this ultimate beardsman tool kit.

Thank you for submitting a review!

Your input is very much appreciated. Share it with your friends so they can enjoy it too! 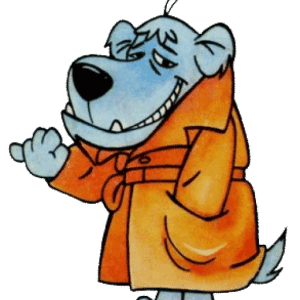 Comes in a nice looking box, I got the Artisan scent, but the only thing in the box from the scent line is the beard oil. *I* didn't pay attention to everything that comes in the box. Since it's called the Ultimate Beard Box I just assumed they would include beard balm. And now I'm balmless, which makes me sad. But hay it's my fault. The scent of Artisan's nice, I really don't know what I expected it to smell like, It's unlike any cologne or soap I've used in the past, I'm definitely going to order the other scents on here. It's a good, manly smell with some sharp woody notes from the cedarwood. I smell nutmeg too, which I've always disliked the smell of, but here mixed with everything else it's not bad. I've only used it twice, and I suspect it'll grow on me more as time passes. As I said in the 1st sentence, the box looks nice, it's light and feels like it's some sort of plywood. I don't think the box will holds up to being tossed around. But I plan to leave mine on a table top so I'm not too worried. Cleansing Conditioner - The picture on the website shows a small pump on top. Mine had no pump, and it's thinner than I expected, so be careful when you're pouring it. Unless I just got unlucky and yours comes with the pump top. It is not a part of whatever scent you choose for the box. Bottle has no scent listed on it, but the description on the web site says mint, it's very faint to me, but I can smell it and it's pretty nice. Beard Oil - Comes with a squeeze dropper, I've only used it twice so I can't speak on it much. But it seems to have already made my incredibly rough and coarse beard a little softer. I'd imagine after a week it will have done even more good. My beard's dry and scraggly, so the fact I notice any difference after 2 uses is damn impressive. Beard Soap - I would have liked a liquid shampoo here, but the soap smells nice and maybe after using it for a while I'll change my mind and like it over a normal bottle of shampoo. There's no scent printed on the bottle, but the description on the website says mint, it's a light and refreshing smell IMHO. Beard Butter - Okay, so since being able to grow a beard I've had one 90% of the time. I've never used beard oils or specialty washes or anything beyond my fancy shaving stuff. I honesty need to Google when to use this. My brain's telling me this will be better than beard oil to help soften it. But I'm not sure if I'm supposed to use both in tandem or what. Also it smells AMAZING, the container says Peppermint on it, it's very strong compared to the soap and conditioner. I like mint so I like this, I mentioned I need to Google to learn how/when to use it. But for my inital go, I put some on 10 minutes after I had applied a few drops of beard oil. Overkill? Incorrect? I dunno, but my logic told me using both will clearly be better. If I'm wrong, hay I'm wrong lol. Moustache Wax - I have a 'stash, but I think this stuff's more for the Hipsters who have long twirly 'stashes. But I'm probably wrong, so I'm going to go Google this and see if it'll be useful for me. You can buy it in Bees Wax or Carnuba, the Ultimate Beard Box I bought comes with Beeswax, if there was an option somewhere to pick which you want, I didn't see it. This isn't scented, it smells like Bees Wax, which I don't find particularly pleasant or particularly unpleasant. It's a very faint smell so it doesn't matter to me. Sissors - They look really nice with the gold and black accents, and I know they be useful when I have time to dedicate to a proper trimming of some of the scragglers I have. Comb - I know beard people tend to obsess with beard combs. While I have combed my beard, I've never done it with a beard comb. This made a difference, after just a minute of use It became noticeably easier to comb thru. Brush - I've brushed my beard, but only with a normal hair brush. Which according to many beard guys is some sort of mortal sin. This is a nice brush, the bristles are densly packed, and firm but not too hard. A few minutes with this after a few minutes with the comb my beard was absolutely in better shape. I'll use both every day after I apply the beard oil, or butter, or both. Or whatever I learn after I go watch a bunch of beard videos on YT right now. 4/5 rating because honestly with ultimate in the name it should have beard balm. I would have gladly substituted it for the 'stash wax. Although there isn't room in the box so there's that... Ok, I think my essay here's long enough.

Wow, thanks for the honest review. I'm sure customers will find it helpful! :)

Couldn't be happier with these products. My beard has never felt better. The Best out there by a long mile.

Awesome! Thanks for the review Shannon :)